The once hated colossus that to this day dominates the skyline of Paris. Guy de Maupassant hated it so much that he chose to have lunch in it every day. This saved him from having to look at it. It’s been used to make people give up their money in the hope to get something great out of the deal. Two times by Victor Lustig, who sold it to iron dealers, and tonnes of times by the people selling the overpriced tickets. Take note: Everything in Paris is expensive as all hells.

A few years ago I chose to build my the scratching pole for the cat. What more iconic figure to use as design than Eiffel’s tower. I took to the internet and looked up the original drawings, which are gorgeous.

I printed these drawing to scale and used them a template to cut sheets of correlated cardboard that I had leftover from some flatpack adventures. I cut the pattern out eight times in total so that I could glue them together to get to the four sides. I also prepared some horizontal shelves that would make sure the structure was stable and strong.

I then assembled the structure using duct tape and hot glue. Loads of hot glue. When I had the inner structure I moved on to the long process of covering the whole thing in sisal rope. This stuff takes your upper layers of skin straight off, so wear gloves. I didn’t and didn’t leave fingerprints for quite some time. The final result, though, is absolutely epic and – now that my skin has long since been repaired – it was worth the pain. Down here are some photos The top one was made when I had only just finished building and my cat was still only a few months old.

These below have been made today after patching it up with a bit of hot glue. Years of service had worn it down a tad, but it was easily mended. Also, I had to take off the base when it wouldn’t fit in the backseat of the car when moving house. To be honest, it looks much better without the underplate. 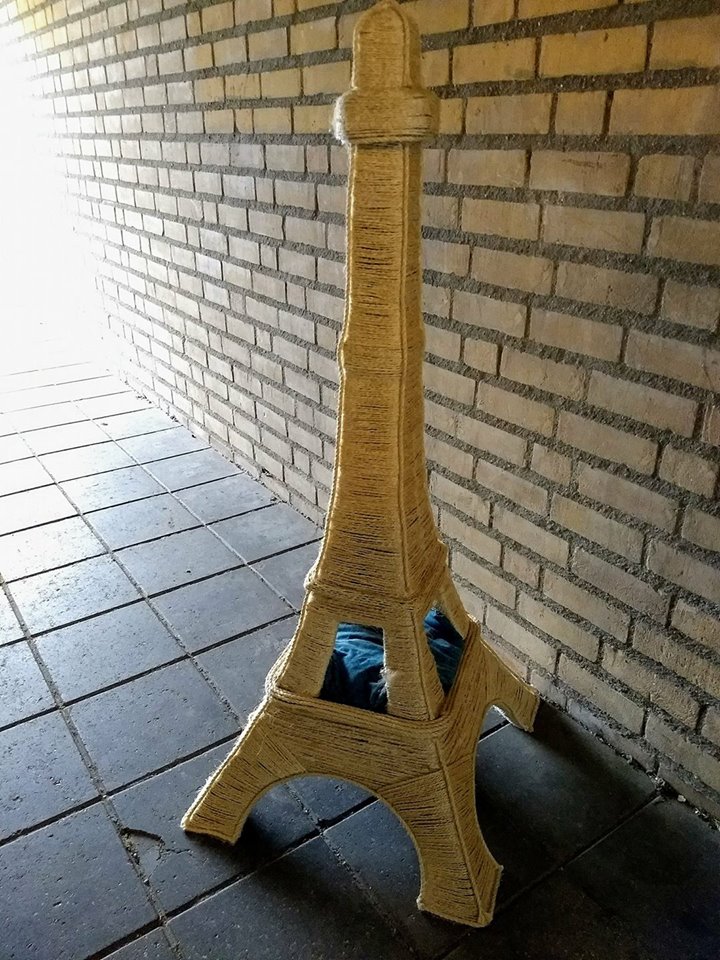